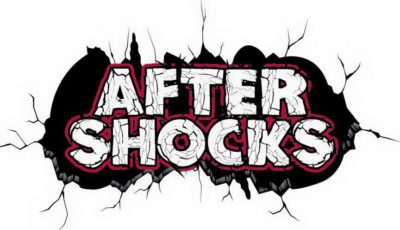 Today, we speak with skaters Chris Mayes and Trueblocka of the San Diego Aftershocks, the No. 3 seed at the NAQ qualifier.

Mayes, a jammer with the Aftershocks skates under No. 33. He’s been playing derby for 1.5 years, all with San Diego.

Trueblocka, a blocker, has been with San Diego since 2016 and has also spent his entire derby career with the Aftershocks.

Trueblocka: It’s exciting and fun to get to play with all the teams and skaters at such a high level that we don’t get to play with regularly. I have also never been to Massachusetts either so that will be a new experience.

Chris Mayes: It would be amazing as we have been in a rebuilding phase this year. It would solidify all of our hard work and show most people in the MRDA that we earned our spot.

T: It would mean we proved ourselves and earned our spot to at champs. I have never skated at champs where I had to earn a spot via playoffs before.

CM: Our retired jammer B. Stang.

T: Optimus Grime, my mate from Scotland and teammate from champs a couple years back, is a great guy and one heck of a skater.

CM: I think I’d want to be Thor. The guy is a beast and one of the strongest Marvel characters.

T: The older I get the more I would like to have quick regeneration powers. At 38, it’s kind of hard to get out of bed sometimes.

CM: What’s the best time to go to the dentist? Tooth hurty.

T: Why can’t you hear a pterodactyl go to the bathroom? Because the P is silent.