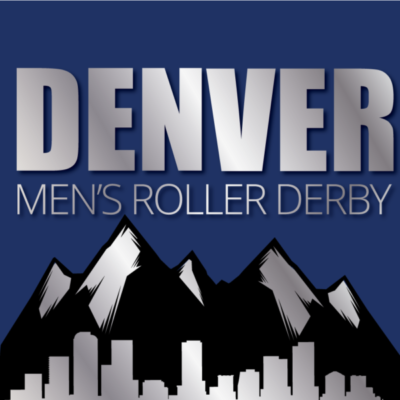 Today, we speak with skaters Esquivel, Ferguson and Reno Schneider of Denver Ground Control, the No. 2 seed at the NAQ qualifier.

Esquivel, a jammer with Denver skates under No. 5. He’s been playing derby for 1.5 years, all with the Ground Control.

Ferguson, also a jammer, has been with Denver since Feb of 2018 and has spent his entire derby skating career with them aside from one game with Oklahoma Men’s Roller Derby.

Reno Schneider, who plays everywhere but mainly pivots, wears No. 257 and has played 5 years. After aging out as a junior with Foco Junior Roller Derby Schneider joined the Ground Control.

Esquivel: To showcase Denver Roller Derby and being able to play with some of the nations’ best.

Ferguson: I can’t wait to play teams where I can’t predict who will win or what the score might be. My team and I have worked hard to jump in the rankings, playoffs and hopefully champs will be the direct result of us leaving everything out on the track and at practice every single time.

Reno Schneider: It means a lot to be able to work with my teammates that have worked hard all season to get to this point.  I am excited to take the track with the best bunch of teammates a guy could ask for.

F: Honestly I might cry, I get very emotional when playing and if we qualify for champs it means that my team has gotten better, I’ve gotten better and the only direction we can go from there is up.

RS: It would be a great feeling to know we had come together as a team, and the work put in has paid off.

E: Our coaches, Raebies and Disco.

F: I really look up to my coach Tracy Akers and Rachel Blackman, not only are they beasts on the track but without them giving me the confidence I need to play I know I wouldn’t be able to perform up to and beyond my potential. Every time I’ve been down on myself because I don’t think I did well enough they have been there to make me realize who I am and how I fit in this amazing team that I have the good fortune to skate with.

RS: Tracy “Disco” Akers.  She’s one of the best skaters and is so derby smart. Her skills on the track, and her off-the-track coaching is unbeatable. To have her as a coach of Ground Control allows my team to learn from one of the best. She also has dedicated herself to promoting and bettering derby for all skaters, from juniors to WFTDA and MRDA.

K: If you could be one superhero, who would it be and why?

E: The day walker, Blade. Because he never loses a fight or his sunglasses.

F: Green Lantern. I love green and the only limit of your power is your imagination. Plus, I get to be Ryan Reynolds.

E: 100%. Make cable television great again! Something fun for the whole family to watch during dinner. My family did!

F: I would, and I would be Gumby, but like a mean one.

F: Mom: Why is there a strange baby in the crib?

Dad: Because you told me to change the baby.

E: “I’ve got one hand in my pocket, and the other one is giving a high five.” – Alanis Morissette

F: I honestly do live by these two words, “Why not?”

RS: “If you are going to do something half assed don’t bother doing it at all.”

E: Big shoutout to everyone who has supported Ground Control, especially DDay. Love you all and many thanks.

F: My goal for my team is to take us to champs and eventually become the No. 1 team in the MRDA. My personal goal is to make it on to Team USA with my best friend Lenzo, No. 36. That would be the highlight of my skating career.