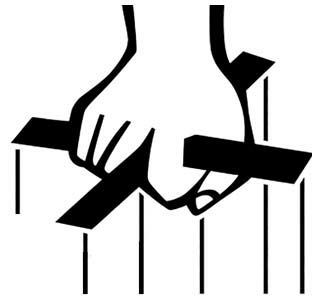 Today, we speak with skaters B.Scherz and Stever of Mohawk Valley Roller Derby, the No. 5 seed at the NAQ qualifier.

B.Scherz, a blocker with Mohawk Valley skates under No. 35. He’s been playing derby since 2012. He played 4 seasons with The Quadfathers before transferring to the New York Shock Exchange for the 2016 and ’17 seasons, before returning to Mohawk Valley.

B.Scherz was also a member of USA Men’s Roller Derby and was part of the gold medal team in Barcelona this year.

Stever aka Woo, also a blocker, has been with Mohawk Valley since 2009, and also went to State Wars with Team New York during one of his seasons.

B.Scherz: I’m excited about playoffs because we get to test ourselves against excellent opponents. Personally, I’m proud of this team making it to NAQ. We worked really hard to get in this position.

Stever: I’m pretty excited. We set a goal to get to playoffs at the beginning of the year and everyone worked hard to make it happen.  Having been with this league since the beginning through all the ups and downs – 2 years ago we were down to 10 guys and went on hiatus last year.  To turn it around to get where we are at now is just crazy.  I am very proud of this team.

BS:  It would be awesome to make it but we have to play one game at a time and not get ahead of ourselves. First up is Austin. That’s all that’s on my mind now.

S: I can’t even imagine.  We need to get by Austin first.

BS: On my team I don’t really look up to anyone in particular, but I am inspired by everyone. We have some really talented skaters this year and it has pushed me to work even harder just to keep up. In the sport of derby I look up to Magnum from St Louis. He continues to push the sport and his skill year after year. He dedicates a lot of time to the sport while juggling being a father, which I can relate to.

S: I would have to say Carnage and Stankus.  Carnage has so much energy it motivates you to work harder just because you know how hard he’s working. His jamming skills keep us blockers on our toes every practice. Stankus has worked so hard to get where he is.  Seeing how far he has come since he started way back when, it’s night and day.  A very underrated jammer who is having a solid year and is going to turn some heads at playoffs.

K: If you could be one superhero, who would it be and why?

S: Gambit. He’s been my favorite character since I was a kid.

S: Why do cows wear bells?  Because their horns don’t work.

S: “A lot of good could be accomplished in this world if nobody cared who got the credit.”

BS: I’m just really excited to get to skate with my team at playoffs. We worked really hard this season and it would be great to finish strong. Our coaching staff (including my wife) have been great all year and I just want to say thank you guys for everything.