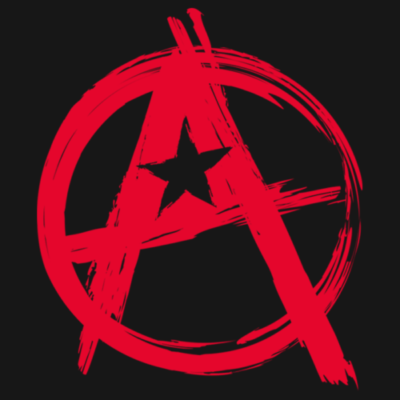 Today, we speak with skaters Ezra POUND and Wombo Combo of Austin Anarchy, the No. 4 seed at the NAQ qualifier.

POUND, a blocker and occasional pivot with the Anarchy, skates under No. 132. He’s been playing derby for about 5 years, skating for the Anarchy, New Orleans Brass, Mohawk Valley and New York Shock Exchange.

Combo, a jammer, has been with Austin since 2015 and has also spent his entire derby skating career with them.

Ezra POUND: I am excited for every opportunity to take the track with my team. I truly love each of them and every opportunity we have to go out together and show how strong we are ranks among the happiest times of my entire life. One of the most exciting things for me is the chance to get to play so many other incredible teams full of great people who I’ve gotten to know. I’m especially looking forward to taking on some old teammates from Mohawk Valley. Anyone who has been paying attention to MRDA knows they should be excited to see a Hooligans/Anarchy bout. They’re another really strong team that’s made a huge splash and I can’t think of an opponent I’d rather play right now.

Wombo Combo: The teams. Every single team that is going deserves it, and I’m looking forward to seeing how every match up shakes out.  As far as what it means for me to be going to playoffs. It’s been a really busy season for us, with a lot of travel and some very difficult games. So, seeing Anarchy make it to playoffs again really means a lot. It shows that our hard work has paid off.

EP: Mostly I just want the chance to keep going and playing against the best teams from all over the world with my friends.

WC: So, so, so much. Last year we had the opportunity to go to champs due to a weird set of circumstances, and this year, if we end up qualifying, it would be amazing to look back on it and say, “Yeah, we totally earned this, one hundred percent.”

EP: I’m a part of a team that is a more positive and supportive environment than I ever knew could exist in sports. Whenever you see someone on the bench after a bad jam, there is always someone there lifting their spirits and helping them get back into the game. I think so much of our strength comes from that kind of mutual help and unity and truly believing in each other, and it makes me want to work even harder so I can get out there and do more for those people. I’d also like to give a special mention to my former teammates Malcolm Sex, who has taught me so much, and iDon’t Care Bear for all the times we’d partner together at NYSE and how that helped me feel like I can square up to anyone on the track now.

WC: I look up to every single one of my teammates. They’ve all been a big motivator for me and have pushed me to get better. I know it’s really cliché, but it’s true.

EP: Okay, this was actually a really easy question. Austin Anarchy unofficially doled out the superheroes from Avengers: Infinity War amongst ourselves earlier this year, and I ended up with Bucky Barnes aka Winter Soldier. I’m pretty sure it’s a combination of the fact I left for a long time and played for other teams before coming back around to the “good guys”, but I’m also convinced some of it is my tendency to make intense/embarrassing facial expressions seemingly every time a camera turns my way on the track. But, in any case I love this so much that I picked up a Winter Soldier enamel pin and I wear it all the time now.

EP: Time travel and playing in Rollerjam would be fun, but honestly I’d only be interested if I could bring my team with me. I know y’all are tired of hearing about this, but those bonds are what have made this season so special for me.

WC: Sure. I’d be down for some ridiculous stunts on a banked track.

EP: Two friends run into each other on the street. They’re chatting for a minute then the first one asks, “How’s the job hunt going? Still unemployed?”
Second guy goes: “Yes, I am. But I’ve taken up meditating now.”
“Meditating? How’s that supposed to help?”
“I’m not sure, but it’s better than sitting around and doing nothing!”

WC: I hate cliffhangers because …

EP: “To me, there are three things we all should do every day. We should do this every day of our lives. Number one is laugh. You should laugh every day. Number two is think. You should spend some time in thought. And number three is, you should have your emotions moved to tears, could be happiness or joy. But think about it. If you laugh, you think, and you cry, that’s a full day. That’s a heck of a day. You do that seven days a week, you’re going to have something special.” – Jim Valvano
WC: “It be like that sometimes.”

EP: I wanted to send a special thanks to the alcoholics and addicts in my life who continuously teach me how to be a good person and a good teammate. I know you are all with me in love and spirit every time I play and every time I practice. I want to give a special shout out to Snarl Sagan from New Orleans Brass, one of my three best friends, who I see and talk to nearly every day, but who absolutely deserves a shout-out here. One to Girl Fawkes, for being a wonderful person. And also for every one of my neighbours who smiles or waves or gives me a thumbs up when they see me running and training and grinding. Every time I feel like giving up one of you pops up to keep me going. Also my brother, my father, and my mom, every time I think I want to do something so y’all will be proud of me I laugh at myself a little bit because I remember how proud of me you already are.